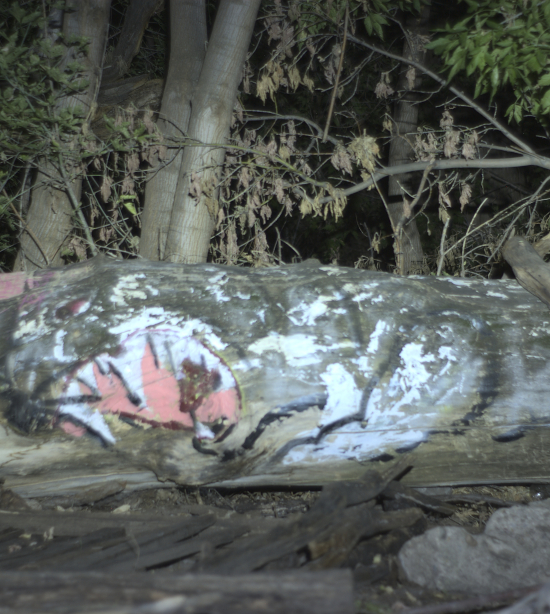 I had higher hopes for this trail than it could deliver. This trail is called Ogden Cemetery Bluff Trial on AllTrails. Although it did indeed skirt the Ogden Cemetery, it did not allow any views into the cemetery. It looks like eventually there might be some plots that may slip out of the side of the cemetery. The trail goes along the edge, some dirt from above hangs over the trail, held together by roots and vines, and there’s a long section that’s held back by large bricks (I took pictures of them).

Today was a good day (and yes, I’m terrified of tomorrow. If my cyclical patters persist, tomorrow or Thursday should be a crash hard day). I had a pretty hard cry (a few times), just before work, and another one that was more from a song that reached inside, pulled my essence out, and showed it to me, raw (almost verbatim). Other than that crying spell, I feel pretty good tonight.

Work was pretty short since the car show/commander’s call was today. Coming in early and going home 9 hours later ain’t a bad gig when you’re Jonesing to go hiking and take pictures the entire time you’re sitting at work 🙂 .

My doctor had my double my dose of medication about 3 days ago, so we’ll see if that’s what’s helping today, but I don’t think so. The medication generally takes 3-6 weeks to start showing any effects. Not sure about when you change the dose, but I hope it does “something” positive. I know if I miss a day, the next couple days are utter hell (I think that might be part of the last couple days. I missed Saturday night’s dose because I forgot to bring my shaving kit with me to my mom’s).

That’s enough rambling, here’s the images. Yes, these are all the pictures that came out. I had to lay on the dirty trail (not dirt dirty, but garbage, cans, wrappers, etc.. dirty) to get the focus and aim correct (and still failed miserable on most).